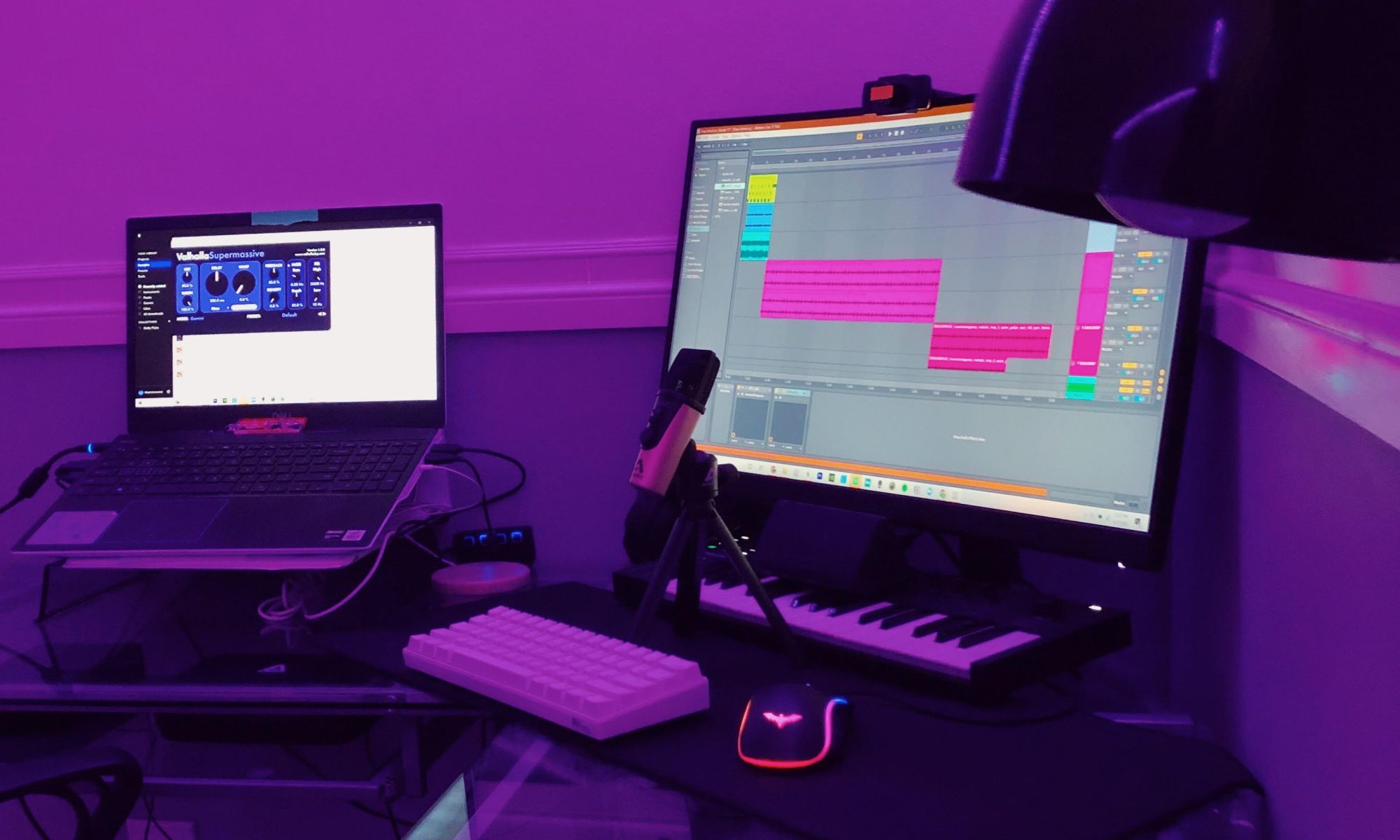 “But we will fight for our rights

Till the day that we die

Let me be free”

These lyrics are taken from, “Dear America,” the newest song released by Amira Marshall, a sixteen-year-old junior at Redlands High School.

Known artistically as Amira Monet, her music is available on all streaming platforms.

Marshall attends Redlands High School as a junior. At school, she is a part of wind ensemble and is also athletically involved in varsity golf, JV basketball, and track and field. These activities help her to keep more focused during the school year, although it can be a struggle to make time for music then.

“Making music can be draining at times. It takes a lot of time and energy to write and produce a song I’m satisfied with,” said Marshall. “During the year school consumes most of my time, but I try to make music whenever or wherever I can.

Marshall’s passion for music has always existed and recalls that her first exposure to music was in elementary school when she joined band there. As she got older, she became interested in producing music that would allow her the freedom to write.

“I started out using my iPhone and GarageBand to make my very first songs,” Marshall said. “I always kept my interest in producing music a secret because it’s a very personal thing for me and I don’t always love to share my work.”

In 2018, Marshall released her first song, called “Read,” which she recounts was about middle school drama.

“I didn’t expect such a positive response to the song, because it was really just for fun, but it inspired me to go on to make a song called ‘Sorry’ which I released later that year.”

Rapper Mac Miller serves as Marshall’s greatest inspiration in continuing her music. She recognizes and admires his talent as an artist who created masterpieces and is especially fond of his albums, “Swimming” and “GO:OD AM.”

Marshall said, “I loved how Miller used a variety of instruments and sounds to create his songs. He was so versatile with his music, he could create a modern hip hop track but also tie in nostalgic jazz sounds.”

Marshall continues, “An important saying I live by is ‘Keep your eyes to the sky never glued to your shoes [by Mac Miller].’”

When she was first starting out, Marshall first began creating songs with her phone and a pair of Apple earbuds. Through her years of improvement, she has purchased more advanced equipment.

“Today I use my computer, music software called Ableton, a microphone from Apogee, the Komplete Kontrol M32 from Native Instruments, and a basic pair of mixing headphones,” Marshall said. She adds, “However equipment is not everything, anyone can start out with what they already have.”

Amira Marshall’s current home studio is shown as of Sept. 7. Marshall uses the Komplete Kontrol M32 from Native Instruments which serves as a micro keyboard controller, a microphone from Apogee, the music software Ableton, and a pair of mixing headphones to produce her music. (Courtesy of Amira Marshall)

As she starts the process of creating a new song, Marshall first makes a beat that matches the mood she wants to achieve. Secondly, she composes lyrics for the message that she wants to send or for the idea she has. Then, she revises and works on the beat and after the beat is finalized, she generally collaborates with her good friend Grace Sanchez to get some feedback on the lyrics.

After the lyrics are established, she will record in her at-home studio setup and assemble everything together, which is the step that is typically the quickest to complete. Once the song is mixed and complete, Marshall will then send it to streaming services.

“It may sound pretty quick and simple, but it can be a long and tiring experience, but it’s the best feeling when I hear the final result,” Marshall said.

Originally, she did not have intentions to create this song thinking there was no need to and that it wouldn’t have much of an impact.

“However, it was not until some people I knew began to politicize the Black Lives Matter movement,” Marshall said. “I was so angered and saddened that anyone could think such a thing. I wrote Dear America so people could see that the movement is about systemic oppression, white supremacy, and racism, not politics.”

Writing “Dear America,” came fairly naturally for Marshall due to the unjust instances of police brutality prevalent in America, such as the killing of Tamir Rice, Breonna Taylor, and George Floyd. In total, writing “Dear America” took Marshall about four weeks to finish.

The album cover was chosen to symbolize how much systemic oppression deeply affects the lives of people of color.

“Black bodies, their children. Life cut short. By the blue man with the gun.”

This quote from “Dear America,” resonated most with Marshall, because she recognizes and values the life and family that Tamir Rice, Eric Gardener, and George Floyd had.

“They were people with a life and family. They were not objects or chess pieces for a game, they were real people,” Marshall said. “Being a police officer is a choice, being Black is not.”

Through this song, Marshall hopes to convey the message that people of color have had a long stretch of mistreatment in a society that claims is already fair, therefore, change must be brought about immediately.

“My main goal for this song was not to have it blow up or for it to be loved by all my friends and family,” said Marshall.

Marshall’s main goal as an artist is to bring people closer together.

She is grateful for the continuous and overwhelming support her family and friends give her and her music.

“I am so grateful for my friends, they have always supported my music and always hype me up and promote my music through social media,” Marshall said. “I am very blessed that my friend has always supported me and music. I am so grateful to be surrounded by amazing individuals. Shoutout to Callie and Grace for being amazing and supportive friends.”

Although she has a passion and love for music, her true passion lies in medicine. Marshall aspires to attend college to become a doctor.

“I think that medicine and biology are the best combinations of math, science, and English, and it is such a rewarding profession,” Marshall said. “I am not entirely set on a specialty I want to pursue, but right now I am planning to study Epidemiology.”

In terms of upcoming projects, Marshall does have projects currently in the making that will likely be released later this year if everything goes as planned.

Marshall’s music is available on all streaming platforms, such as Apple Music, Youtube, and Amazon Music.