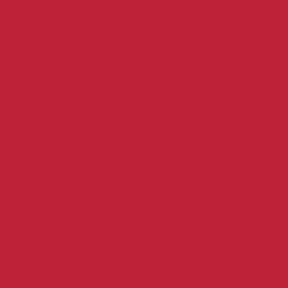 Imagine having all of your favorite Disney shows and films on one streaming platform to watch whenever you want. Millions of Disney fans had their dreams come true when the much-awaited Disney+ was released on Nov. 12.

According to CNBC, 10 million people have already subscribed to Disney+ representing how popular it has become in only a matter of time.

With hundreds of Disney related movies and series, Disney fans experienced waves of nostalgia as they scrolled through the various categories Disney+ has to offer: Musicals, Feel-Good Sports Movies, Action and Adventure, Shorts, and Mickey Mouse Throughout the Years, to name a few.

Redlands East Valley freshman Gloria Bustamante said that she is most excited to watch “‘Lemonade Mouth, ‘Geek Charming’ and ‘Girl vs Monster’ [because] they are the best ever made.”

Disney owns many companies, such as Pixar, Marvel and Lucasfilm, which is advantageous as it allows much of their content to be featured in Disney+.

In addition to the classic films, Disney+ has also produced some original series and films, including “High School Musical: The Musical: The Series,” “The Mandalorian,” and a live-action adaptation of “Lady and the Tramp.” These original releases make Disney+ worth the investment as you have to pay for a subscription in order to have access to all of its new content.

“I think you can’t really compare it [to the original “High School Musical” film] because they are basically making a musical about the original musical. It’s not like a remake, so I think it’s good in its own way,” said REV sophomore Melody Kamgar regarding “High School Musical: The Musical: The series.” “I like the cast. I think they’re really good. They got some talented kids. I really like Ricky.”

With the establishment of Disney+, a majority of the Disney content on Netflix has been removed causing many to believe it will lead to Netflix’s downfall.

However, not all Disney films have been added to Disney+ yet, such as Marvel films “Black Panther,” “Ant-Man and the Wasp” and “Avengers: Infinity War.” These films are expected to appear on Disney+ once their contract with Netflix expires, starting in 2020. In addition, “The Incredible Hulk” remains absent among the list of Marvel films on Disney+ due to the fact that it is still owned by Paramount.

In attempts to compete with Disney+, Netflix has recently signed a multi-year deal with Nickelodeon giving Netflix the right to have some of Nickelodeon’s content featured on its streaming platform, such as “Rocko’s Modern Life: Static Cling,” “Invader Zim: Enter the Florpus” and “The Loud House.”

“I think [Netflix] is going to go down, because there were some like good Disney movies on Netflix too. I feel like Netflix’s TV shows aren’t that good, like you have ‘Tall Girl’ and stuff, like that wasn’t that good of a movie, honestly,” said REV sophomore Audrey Yoh.

Yoh continues, “I was looking on Disney+ and they have like all of that and it’s a lot cheaper too.”

On the other hand, Netflix releases all of its episodes from a series all at once, while Disney+ has decided to launch its episodes weekly from its original series, like “The Mandalorian” and “High School Musical: The Musical: The Series.”

Whether it’s princesses, superheroes, villains, or talking animals, Disney+ has something worth watching for you.